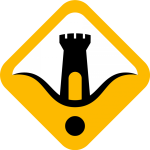 As part of Cork City Council’s ongoing greenway upgrade, works are being undertaken to refurbish Blackrock Station, which dates back to 1850 when it formed part of the Cork, Blackrock and Passage Railway.

From April 22-27, initial works will begin on the eastern platform to enable these improvements. Every effort will be made to ensure full access along the greenway for pedestrians and cyclists during these works.

The Blackrock-Mahon Greenway Improvement Scheme has been designed to:

A key objective of Cork City Council was to minimise the impact on existing habitats during construction and the final scheme will further enhance the area’s ecological diversity. The green infrastructure design followed consultation with the public and was overseen by ecologists, tree specialists and landscapers.

Greenway users can look forward to: